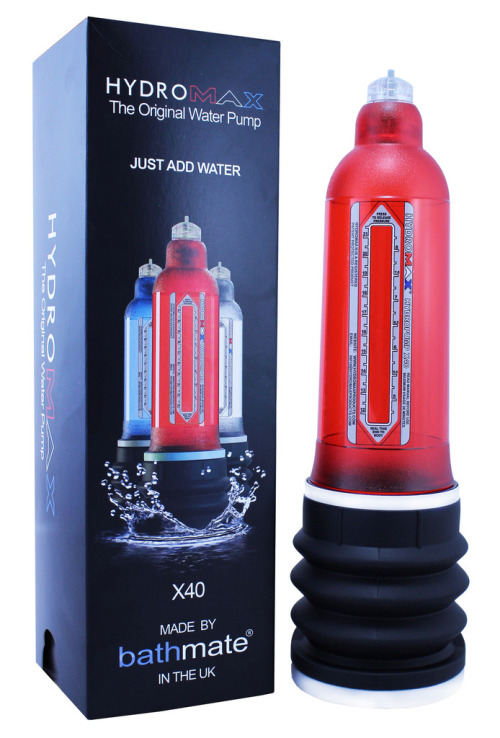 Bathmate pumps look like they belong on the space shuttle, not on your dick. They’re larger than you would think and made to accommodate those who are between 4’ erect to around 9’ erect (seriously, if you’re 9’ and feel like you need to go bigger, I need you to google ‘body dysmorphia’, but I digress). As far as I know, they haven’t made a clit pump/micro penis pump yet, but I’d imagine those are in the works.

The first thing I learned about this product is, like a lot of scientific discovery (see penicillin, Velcro, Viagra, etc), it wasn’t designed with its current primary function in mind. Originally, this product was intended to fight erectile dysfunction. The main purpose was to design a product that moved blood into the penis without all the dangerous side effects of uneven air pressure. The pump is filled with water before being affixed to your pelvis, and by simultaneously pumping and releasing water from the opposite end, you receive an even amount of pressure that pulls blood into your penis. The capillaries expand, blood fills all the available space, the tissue becomes engorged, and boom, that’s how boners happen; think of it like a gravity bong for your junk.

So what they discovered was after prolonged use, the penis itself started to get bigger and wider. It wasn’t long before the added benefit became the main selling point, because let’s face it, who doesn’t look down at some point, shrug, and think “you know what…? Could be bigger”.

Back to the point about air pressure versus water pressure because this is important, I have to say, if advising us about the dangers of air pressure pumping was meant to scare us, it worked. Apparently when you compress air it doesn’t do so evenly. You can get pockets in a pressurized space that cause certain areas to have differing levels of pressure. This can cause your junk to more or less get stretched and skewed at odd places. Bruising of the penis is a very real thing and can cause lasting damage. Penises by themselves are seldom very attractive in my opinion, so treating one like Mike Tyson’s punching bag for the sake of some gains seems a bit counterproductive to me. Honestly, nobody is going to get the chance to admire that extra inch or two if they can’t get past the fact it looks like something the dog chewed up.

Bathmate products come with two variations, the Bathmate and Hydromax series. Like any quality product, the newest iteration, Hydromax, comes with more advanced features. The Bathmate series requires you to plug the release valve with your finger and hold it there, whereas the Hydromax has a switch operated release valve. There are other changes between the two such as a more efficient bellows set up so you don’t need to pump as much, a metric as well as imperial measurement read out on the tube (I honestly don’t know how to gauge my own dick size when it’s told to me in centimeters, so this is useful), as well as a better body sealing system so it sticks to your pelvis more efficiently. Out of all these upgrades, the switch operated release valve seems like the most useful to me.

Bathmate products actually have a built-in safety mechanism that doesn’t allow you to go over a certain pressure, so unless you overwork it altogether, the risks of injury are minimal. But the same thing can be said about overworking yourself on any piece of gym equipment; stop at the recommended reps and save yourself the strain. Speaking in gym terms, they advise to work out your little soldier three times a week, for three sets of five minutes intervals, which means you’re adding fifteen minutes to each shower session. I tend to only take five to ten minute showers overall, so this would be a big upgrade in my bathroom time, but as the saying goes: nothing ventured, nothing gained. There are a lot of accessories offered with the Bathmate line, one of which is a shower strap for hands-free usage, so you can wash your other parts while the pump is doing its thing. Aside from that they offer cleaning supplies, carrying cases, and if you opt for the Hydromax Xtreme, which is the Hydromax plus a plethora of add-ons, you even get a nifty measuring gauge so you can track the progress of gains to both length and girth (it looks a little like the shoe size device you remember when you were growing up), but this package is really intended for the truly dedicated.

Bathmate pumps boast a 95% satisfaction rating. With that type of winning streak under their belt, I can now understand the price point and why they consistently outperform their competition. Even growth to length and girth, consistent positive reviews, and the obvious safety concerns of the alternative options are all standalone reasons to go with the higher price point; combine them all together and you get a top of the line product.