Most of us were introduced to the world of risque games via ‘spin the bottle’, wherein a bunch of people sit in a circle, one spins a bottle, and whomever it points to upon stopping gets a (usually inexperienced/awkward) kiss.

After ‘spin the bottle’ came ‘seven minutes in heaven’. While still a game of random coupling, the chosen pair would instead be ushered off behind closed doors for seven minutes, where presumably anything goes.

Finally, when someone accrued a bit of experience, they graduated to ‘never have I ever’. A slight change in direction from the previous mentions, this game is won by revealing the areas of ones inexperience, in hopes that their friends have done dirtier deeds than they have. While this sounds like a game intended for slut-shaming, it actually serves the purpose of singling out your kinky friends for future consideration, or at the very least, a fun Q&A session on their naughty experiences.

What is our attraction to naughty games? It’s simple. They help us to push our boundaries, in a fun way, alongside others who are just as nervous and excited as ourselves. It can be difficult to let loose and try new things, because let’s face it, the unexplored can be scary. But when everyone is playing by the same rules, we’re all on an even play field, which means we all get to share in the excitement.

It’s for this reason we’ve chosen Kheper Games as our Fantasy Feature for January 2016.

Sex Around the World – This game includes 36 unique sexual experiences from cultures across the world and throughout history. Early Polynesian sex bartering, excerpts from the Kama Sutra (be sure to stretch and hydrate), Shibari, and a lot more. 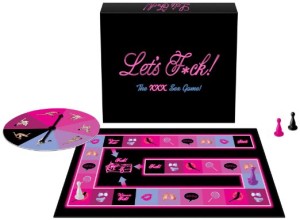 Let’s F*ck – Right away you know it’s good, because the box says it’s intended for between 2-4 players. You and your lover use the spinner to make your way around the game board performing raunchy and seductive foreplay actions on each other. When one of your markers reaches the bed, the winner uses the spinner and you both start f*cking in the position the arrow points to. 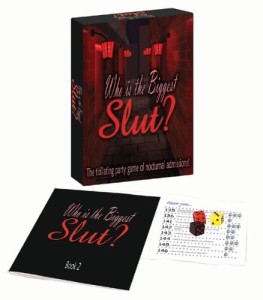 Who is the Biggest Slut? – If we were being honest with ourselves, this would have been the real title of ‘Never have I ever’, because that’s the question we were really asking all those years ago. Find out who amongst your closest companions has had the most fun between the sheets.

We have plenty of options to choose from, so if you’re looking to expand your bedroom repertoire, explore your partner, and add some new moves in your playbook, look no further.

Boy Butter is Back for Summer