For March, we decided to go overboard and dish out a little something for everybody. Whether you’re rocking a penis, vagina, both, neither, or just like to put flavored lubricants on your waffles, we have you covered.

Let’s begin with the Wicked sensual care collection. For those keeping up on the Fantasy Blog, we’ve previously covered some flavored Wicked products, and in the realm of tasty lubricants, they’re top tier. Flavors such as Cinnamon Bun, Candy Apple, and Salted Caramel shine where so many competitors falter; they taste great, they’re never sticky, and lack the gross aftertaste of some flavored lubes. 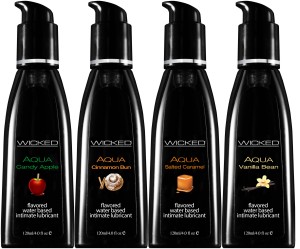 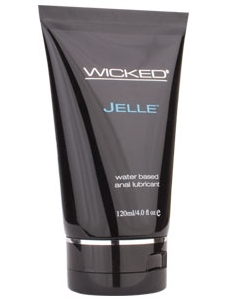 We can credit ‘Sex and the City’ for making Rabbit vibrators a households name, and while the show has come and gone, Rabbit’s have held their status as a sex toy mainstay. CalExotics could have rested on their laurels, knowing the brand loyalty behind these toys remains as fierce as ever, but they continue to make improvements.

The Intense Thrusting Jack Rabbit has 7 functions of vibration, pulsation and escalation – it possesses the rumbling bead vibrations of previous models, but with an added thrusting feature! With 3 solid rows of non-jamming rotating beads, and 2 speeds of synchronous rotating and thrusting action, this affordable toy is sure to please.

The Petite Jack Rabbit is simple, easy-to-use, with a soft head and flickering bunny ears. Specially designed for women who have a smaller sheath downstairs, but still crave all the award winning sensations of the Jack Rabbit series.

Don’t think for a second we forgot our penis owning Fantasy patrons, because the Apollo series has that end of the gender spectrum covered.

The Apollo Alpha Stroker is a removable and replaceable masturbator sleeve, encased in a rechargeable vibrating power stroker. With 30 functions of intense vibration, pulsation and varied intensity, there are a multitude of settings to enjoy. Apollo, showing unparalleled foresight, created a function where the Alpha Stoker will remember your previous setting in between uses, negating the need to work your way through all the available modes if setting 27 is your go-to. 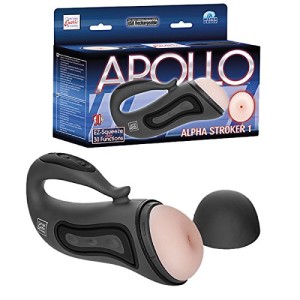 For those who want something a little more compact and travel ready, Apollo brings you the Wireless Grip Stroke Masturbator. This uniquely designed open grip masturbator has a ribbed chamber for explosive results. Designed to accommodate almost any size, this powerful toy comes equipped with a removable wireless 2-speed stimulator for added sensations.

As always, these are just a sampling of what we have on sale this month. Our Fantasy Feature is loaded with options, so stop by and take advantage of that sweet 15% discount.

Boy Butter is Back for Summer